All about cholesterol: the rate in the blood, how to reduce 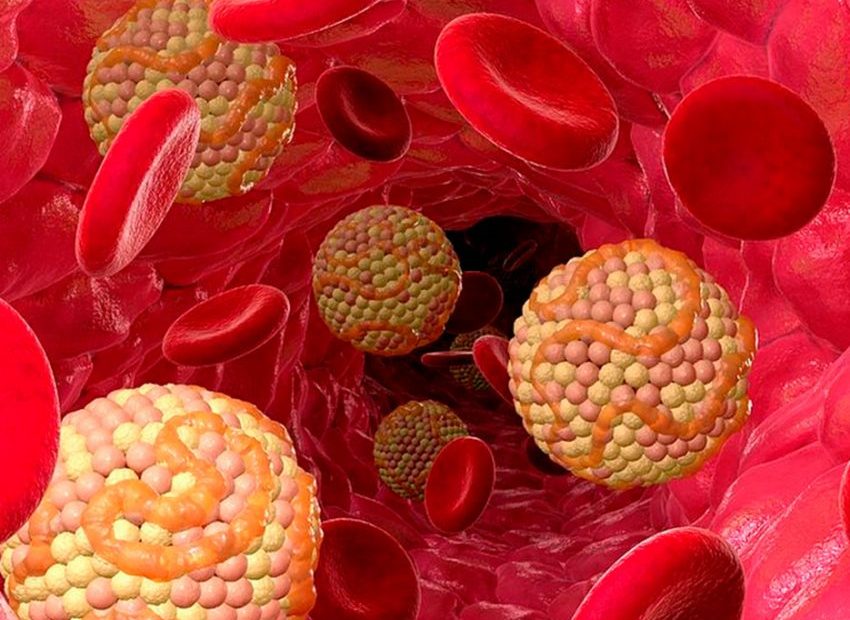 There is a widespread misconception that cholesterol is harmful to the body, and its content in the blood is one of the most important indicators of human health. Many, in an attempt to maintain their health, adhere to strict diets, excluding all foods containing cholesterol. However, few people know that it is part of cell membranes, gives them strength and ensures the exchange of substances between the cell and the extracellular substance and regulates the activity of enzymes. Thus, normal functioning of our body is impossible without cholesterol.

Despite the importance of cholesterol, excessive consumption of fatty foods of animal origin can lead to an increased content in the body, which negatively affects health and can cause serious illness .

Controlling cholesterol levels will help maintain your health or many years, increase the body’s natural resistance, increase life expectancy and improve its quality. In this article, we will dispel the most common myths about the role of cholesterol in our body and its metabolism. We will also look at the most effective ways to control cholesterol levels.

Cholesterol – why is it needed?

Cholesterol (from the Greek chole – bile and stereo – hard, hard) – was first identified in gallstones from here and got its name. It is a naturally occurring, water-insoluble lipophilic alcohol. About 80% of cholesterol is synthesized in the body (liver, intestines, kidneys, adrenal glands, sex glands), the remaining 20% ​​must come from the food we eat.

Circulating in the bloodstream, cholesterol, if necessary, is used as a building material, as well as for the synthesis of more complex compounds. Since it is insoluble in water (and, accordingly, in blood), its transportation is possible only in the form of complex water-soluble compounds, which are divided into 2 types:

Both of these substances should be in a strictly defined ratio, their total volume should also not exceed the norm. This can lead to serious diseases of the cardiovascular system.

Cholesterol functions in the body

In fact, it is not cholesterol as such that causes harm, but its fluctuations beyond the normal range. Health problems can be caused by both excess and lack of it in the body.

The negative effects of cholesterol

Lipoproteins, with an incorrect ratio or prolonged elevated levels in the blood, can settle on the walls of blood vessels and cause atherosclerosis.

This dangerous disease occurs when plaques form on the vascular endothelium, which grow more and more over time and accumulate calcium. As a result, the lumen of the vessels narrows, they lose elasticity (stenosis), this leads to a decrease in the supply of oxygen and nutrients to the heart and tissues and the development of angina pectoris (cessation of the supply of arterial blood to certain parts of the heart due to blockage of the coronary artery, accompanied by pain and discomfort in the chest) … Often it is due to a violation of the blood supply that a heart attack or myocardial infarction occurs. The formation of cholesterol plaques leads to damage on the inner wall of blood vessels, a blood clot may form, which can subsequently block an artery or break off and cause an embolism. Also, a vessel that has lost its elasticity can burst when the pressure in the bloodstream rises.

The role of lipoproteins

HDL is considered a “good” lipoprotein due to its ability to dissolve plaque from cholesterol and remove it from the walls of arteries, the higher its percentage in relation to LDL (“bad” lipoprotein), the better. LDL transports cholesterol from the organs synthesizing it into the arteries, and with an increased content of this compound, these large insoluble molecules combine in the form of fatty plaques, attach to the vessels and clog them. Having undergone oxidative processes, cholesterol loses its stability and can easily penetrate into the thickness of the walls of the arteries.

Specific antibodies are produced on the formed oxidized LDL in large quantities, which leads to severe damage to the walls of the arteries. In addition, cholesterol helps lower nitric oxide levels, increasing the risk of developing cardiovascular disease. 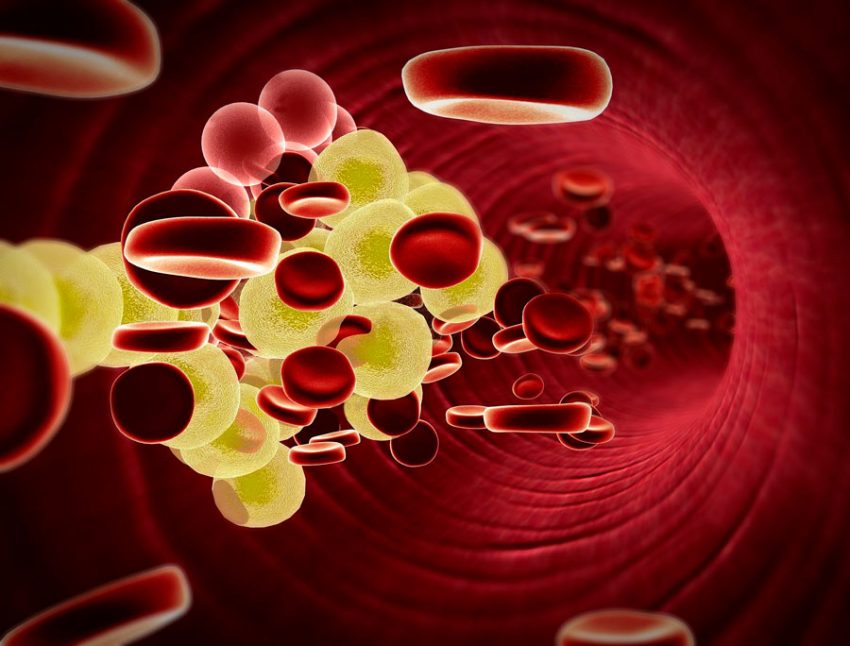 Nitric oxide plays an important role in the body

A decrease in the level of nitrous oxide in the body will undermine the work of all body systems.

HDL not only removes cholesterol from the blood back to the liver, but also prevents the oxidation of LDL .

Signs of increased cholesterol levels in the body

Increased cholesterol levels are associated with lipid disorders (fat) metabolism. This can be a symptom of not only atherosclerosis, but also other serious diseases:

Symptoms of atherosclerosis are caused by narrowing of the vascular lumen as a result of prolonged and persistent high cholesterol levels, and impaired blood circulation in different parts of the bloodstream.

Effect of HDL and LDL levels on our health

Still, the opinion that the total level of HDL and LDL lipoproteins affects the state of health and their increase entails terrible consequences for the work of the whole organism. However, this statement is not entirely true. Yes, the above diseases will be accompanied by an increased content of lipoproteins in general, but it is much more important, what is the ratio of “good” HDL to “bad” LDL in the blood. It is the violation of this proportion that leads to health problems. When determining the content of lipoproteins in the blood, 4 indicators are taken into account: total cholesterol, HDL, LDL and triglyceride levels.

With the threat of atherosclerosis, total cholesterol rises to 7.8 mmol / l;

The most indicative is the ratio of HDL and LDL against the background of total cholesterol levels. In a healthy body, HDL is much higher than LDL.

The most effective treatments for high cholesterol

There are many drugs that lower cholesterol levels in cases where this level poses a serious threat to health, or at the beginning of the development of atherosclerosis. It is necessary to pay tribute to a healthy lifestyle, an important part of which is proper nutrition. In such cases, diet and moderate physical activity will help not only bring all blood counts back to normal, but also completely heal and rejuvenate your body.

For a faster therapeutic effect, pharmacological drugs are used:

– Statins – the most popular drugs, their principle of action is to inhibit the synthesis of cholesterol in the liver by blocking the corresponding enzymes. Usually they are taken once a day before bedtime (at this time, active production of cholesterol in the body begins). The therapeutic effect occurs after 1-2 weeks of systematic intake, with prolonged use they do not cause addiction. Side effects may include nausea, pain in the abdomen and muscles, in rare cases, there may be individual sensitivity. The drugs of the statin group can reduce cholesterol levels by 60%, but if they are taken for a long time, it is necessary to take tests for AST and ALT regularly every six months. The most common statins: cerivastatin, fluvastatin, lovastatin.

– Fibrates stimulate the production of HDL, recommended for triglycerides of 4.5 mmol / L. It is highly discouraged for use with statins. Side effects are manifested in the form of gastrointestinal disorders, flatulence, nausea, vomiting, and abdominal pain. Representatives of this group of drugs: clofibrate, fenofibrate, gemfibrozil.

– Bile acid sequestrants. This group of drugs is not absorbed into the bloodstream, but acts locally – it binds to bile acids, which are synthesized from cholesterol, and remove them from the body naturally. The liver begins an increased production of bile acids, using a larger amount of cholesterol from the blood, a visible positive effect occurs a month after the start of medication, to enhance the effect, it is possible to take statins at the same time. Long-term use of drugs can lead to impaired absorption of fats and vitamins, increased bleeding is possible. Side effects: flatulence, constipation. These drugs include: colestipol, cholestyramine.

The above measures are used in advanced cases when it is necessary to quickly reduce cholesterol levels, and a change in lifestyle cannot quickly give the desired effect. But even when taking pharmacological agents, do not forget about prevention, and harmless natural supplements, which, with long-term regular use, will help you prevent diseases of the cardiovascular system in the future.